Roland Jansky is TRIQ’s Lead Data Scientist, a former CERN physicist and one of the minds behind its groundbreaking algorithm. He is way ahead of most of us regarding his knowledge about the future possibilities of TRIQ. But in order for us to understand what TRIQ is, we kindly asked him to start with some simple questions so we had a chance to follow.

So Roland, how did you as a particle physicist join the team that’s building TRIQ?

The question makes it sound crazier than it is. Many physicists actually work with algorithms and I was doing data analysis at a large bank when I first learned about the position at TRIQ.

Okay. We’ll skip the bank jokes. Why did you decide to join TRIQ instead?

I’ve been a runner and long-distance athlete for a long time and it was a very unique chance to combine my passion for sports and my professional skills. It felt like one of those opportunities that don’t come around very often. So once I met the team and I saw how large the scope of the idea was, it was an easy choice.

It felt like one of those opportunities that don’t come around very often. So once I met the team and I saw how large the scope of the idea was, it was an easy choice.

Tell us a little bit more about how it started.

When I joined TRIQ at the beginning of 2020 a lot of research and thought had already gone into the idea. The training theory was set. The vision of the founders Philipp and Max was clear and it was also clear that triathletes could really use a smart planning tool for the future. Now all of that just had to be turned into an intelligent data solution. That is where I came in.

Can you share more about your thought process in the initial phase?

There are a lot of tools out there already that can pop out a training plan for triathletes. But to be honest, most of them are very generic and stiff. Building an app that takes into account more individual info and personal traits and aligns training sessions better with the athlete’s schedule would have already been a huge upgrade. But frankly, building that wasn’t really what I was personally excited about. I think moving forward we have the chance to do much more than that.

We are assuming this is where things get interesting or should we say “complicated“?

A few years ago there simply wasn’t enough data available for an app to really know what an athlete went through during a training process. But now there is. And it’s getting better and better. Through wearables and tracking devices and their data’s integration in apps we will be able to actually tell the athlete things they had no way of knowing before. We can go way beyond “you ran this distance“. We can help them draw conclusions that only an artificial intelligence can draw. Conclusions you wouldn’t be able to make even if you spent hours planning and analyzing.

Through wearables and tracking devices and their data’s integration in apps we will be able to actually tell the athlete things they had no way of knowing before.

Without going “full science“ on us, can you somehow describe what it takes for an app to adjust all this training perfectly, instantly and differently for each person?

The start and goal are pretty clear-cut. The exciting part is what happens in between. We start by looking where the user is at athletically. There is a test phase and past performances like data from Garmin Connect can also be used. Then the triathlete usually also sets a goal they’d like to achieve: What type of triathlon they are aiming for, the date and what performance time they would like to aim for. Based on their training availability we can then tell them what can realistically be achieved. And then we give them a plan…

…and we assume that’s when ”what happens in between“ starts?

Well, the part in between is where things don’t go as planned. The perfect athlete that sticks to the plan 100 percent wouldn’t be much of a challenge. But that athlete also doesn’t exist. Developing the app really meant to start understanding the myriad of possible ways you can deviate from the plan. And to adjust while at the same time keeping the athlete informed about what is happening.

Developing the app really meant to start understanding the myriad of possible ways you can deviate from the plan.

Did you really understand all of the possibilities of what can change?

At this point we have a pretty good idea what can go wrong meaning scenarios we have mapped out. Training can be missed, shortened, the athlete goes too hard, is injured or other things. But the way the app is built it will actually learn from the athlete’s behavior, health indicators and performance and get better and more individualized as you use TRIQ for a longer time.

Do you have an example?

A very simple example could be that an athlete might always underperform on Mondays. As we are also keeping track of heart rate variability and other parameters that can indicate the level of rest and freshness, the app could either suggest lightening the training load or notify the athlete that whatever they are doing on Mondays isn’t really working, maybe because they often don’t get enough sleep on the weekend.

Would you say the TRIQ app is like a coach?

I would say it is in some ways similar to a coach. But while it isn’t human and doesn’t look to replace the human element that a coach brings to the table it is on many levels way more directly involved in what is happening. A coach is forced to indirectly assess much of the training situation. Especially remote coaches are often playing catchup and can easily a bit out of touch. The availability of the app is 24/7 and it reacts immediately. TRIQ is about putting you in charge of things you had no idea were happening and had no time to think about. It will save time while letting you achieve your athletic goals more efficiently and keep you healthier. Even if you don’t always train as planned. 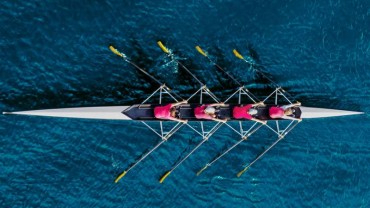 Corporate Culture: How Strong Core Values Helped us Build a …

Corporate Culture: Creating a Company Vision and Mission in … 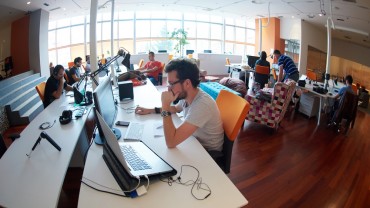 How to Onboard New Employees During Times of Remote Work