How Training Load Parameters can be Used to Detect Overreaching 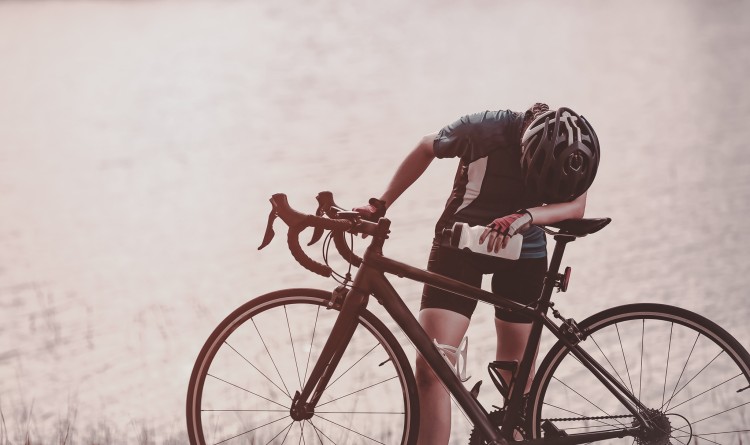 Building a dynamic triathlon training app is only the beginning for us at TRIQ. Yes, we want to make optimized triathlon training available to everyone—even measure and include individual recovery—with an app powered by an algorithm that can consider more performance variables in seconds than most people can in a week. But we’ve also managed to assemble an amazing advisory board of leaders of the endurance sports science field. With Dr. Ruby Otter-Drost, Dr. Stephen Seiler and the power of the TRIQ app we also have the chance to push the boundaries of sports science further and have every user profit from our findings directly. Some athletes tend to go for an excessive training load without realizing it in time. That’s why it’s incredibly interesting for us to explore the possibility of pinpointing different stages of overreaching to alert athletes in time to react, as TRIQ happens to already let them measure the key parameters that might be needed for this.

Optimal Training Load: The Space Between Positive Adaptation and Overreaching

Training load has been traditionally used for training prescription and managing injury risk. However, practical application that differentiates positive adaptations versus overreaching using practical parameters have been somewhat elusive. You are either adapting or overtrained without much ability to objectively navigate the space in between. As such, this discussion proposes a way to use training load to illuminate this space to differentiate between positive adaptations and overreaching more sensitively.

How is Training Load Measured?

Training load of endurance sports is typically calculated by multiplying intensity and duration measured during a training session. The way in which intensity is measured, determines if external or internal load can be quantified.

External training load refers to the physical work which had been prescribed in the training plan or has been executed by the athletes, such as power output and speed (Kalkhoven et al 2021). These metrics are called “external” because they can be measured on the “outside” of an athlete. On the other hand, internal load refers to the psycho-physiological response to the external load during the training (Impellizzeri et al 2019). This internal response is dependent on individual parameters such as training status and psychological status. It can be measured by for example heart rate (HR) and Rating of Perceived Exertion (RPE).

Training Load: What is Overreaching and What are its Stages?

Problem: Fatigue as a Result of High Training Load

During the training process, athletes aim to improve their performance by exposing themselves to high training loads followed by recovery. If the balance of training to recovery is right, the athlete will improve his/her performance. However, experiencing lasting fatigue can be an athlete’s internal response to high training loads and/or insufficient recovery. As soon as continuous fatigue occurs, the athlete can be classified on the overtraining continuum (Meeusen et al 2013). If they continue to train at similar intensity/recovery distribution over a prolonged period without realizing they’re trending in the wrong direction, over time the athlete will move sequentially through the overtraining continuum and after moving through one of its phases will end up in an even more fatigued subsequent phase, that is even harder to recover from. The overtraining continuum starts with overload training after whose outcome is determined by the recovery time necessary to restore/improve performance.

Three Stages of Overreaching and its Consequences

The first stage is acute fatigue. In this stage performance is not decreased and recovery will take about 24 to 72 hours.

The second stage is functional overreaching. In this phase, there is a temporary performance decrement which is typical for training camps. It will take about 5 to 7 days to recover and a super compensation with improved performance is expected after this phase if recovery was sufficient. However, if the training load persists to be high and/or recovery is not sufficient, an athlete will go on to the third stage which is called non-functional overreaching. In this phase the athlete’s performance will stagnate or decrease. It will take the athlete weeks to months to recover, which is not functional for their performance development, as the name implies.

The third stage is called overtraining syndrome. During this stage, athletes continually keep overreaching until performance remains decreased for a longer period of time. Overtraining can cause all kinds of burnout symptoms and recovery taking months to maybe years.

Avoid Overreaching: How to Find the Optimal Training Load

One of the purposes of a well-designed training program should be to avoid athletes going further than functional overreaching. Therefore, identifying the second stage of functional overreaching for each individual athlete during their training process is of utmost importance. That stage is the one in which you want to intervene with lowered training load and/or sufficient recovery so that the athlete can “super compensate” and improve performance.

What Markers and Tests can Indicate Functional Overreaching?

The overtraining continuum shows that it is important to keep an eye on the timeline of changes, because the time it costs to restore performance determines in which stage you are on the continuum. Since performance restoration from functional overreaching should occur within 5 to 7 days, it implies that there should be a measurement of functional overreaching at least every 5 to 7 days.

How to Monitor Symptoms of Stress

Because positive adaptations can be decreased by symptoms of stress (Otter et al 2016) it is also important to take symptoms of stress into account. It seems that monitoring symptoms of stress with a questionnaire (such as DALDA and POMS) can detect a state of functional overreaching (Roete et al 2021). However, these questionnaires tend to be quite long and a bit boring to fill out on a daily basis. Although, five questions about muscle soreness, fatigue, sleep quality, stress levels and mood seem to be useful (McLean et al 2010). In addition to changes in HR or power during exercise, increased symptoms of stress would be a good addition in determining the difference between positive adaptations and functional overreaching.

How to Apply These Markers and Tests to Daily Training Load Measurement?

When we translate the previous findings to more or less feasible methods, the preferred and validated method would be to implement a standardised submaximal exercise test such as the LSCT in every day’s warm-up and also include a daily questionnaire on symptoms of stress.

Often, the concept of comparing increased power or speed to heart rate is used to determine an “increase in performance”. However, if these metrics are analyzed and in addition monitoring scores regarding RPE (Rating of Perceived Exertion) and symptoms of stress is taken into account, the combined analysis of these variables can facilitate the detection of overreaching that might otherwise be mistaken for the desired increases in performance and the development a counterproductive trend could be missed. The table below outlines two different combinations of the aforementioned metrics that both indicate overtraining. Therefore, different measures of training load that incorporate individual perception and a few questions on symptoms of stress may help with detecting functional overreaching. If one of the two patterns in the table below is detected in an athlete, precautions could be taken to prevent them from ending up in a state of non-functional overreaching by either lowering training load or improving recovery.


This white paper was first published on February 23rd, 2022 and also includes edits from Jennifer Vroomen. 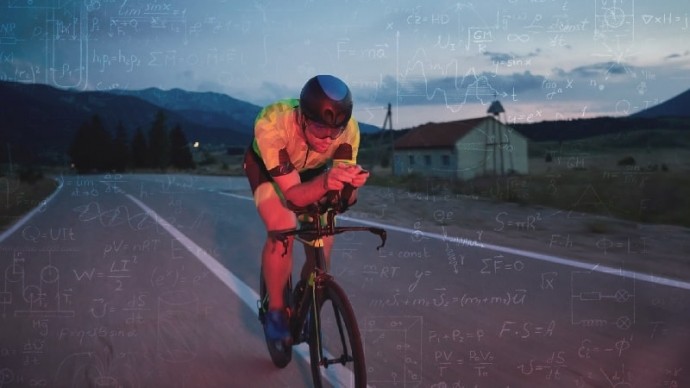 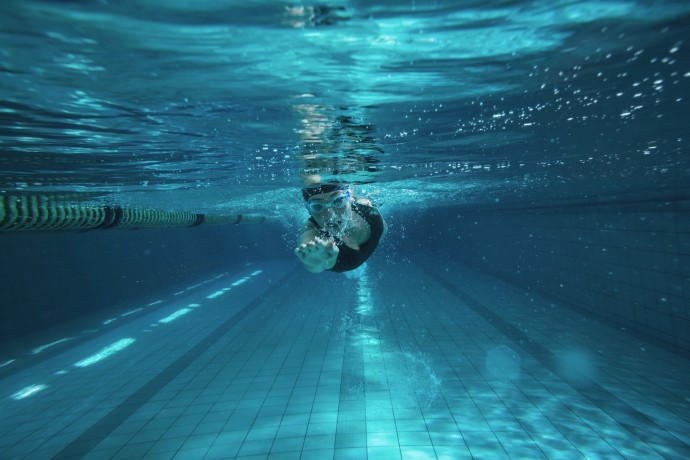 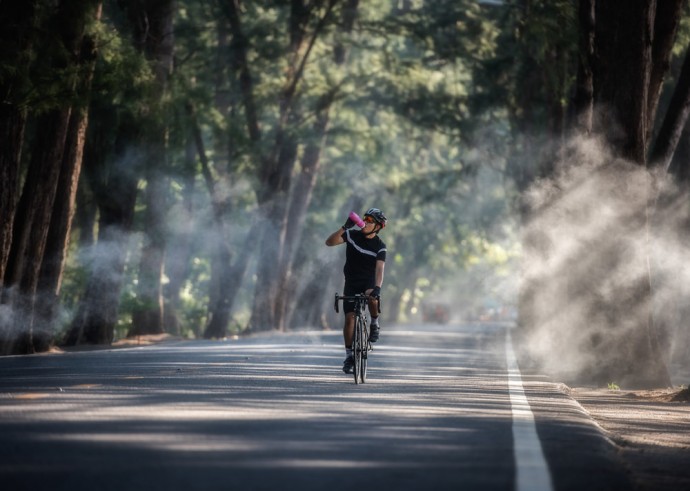 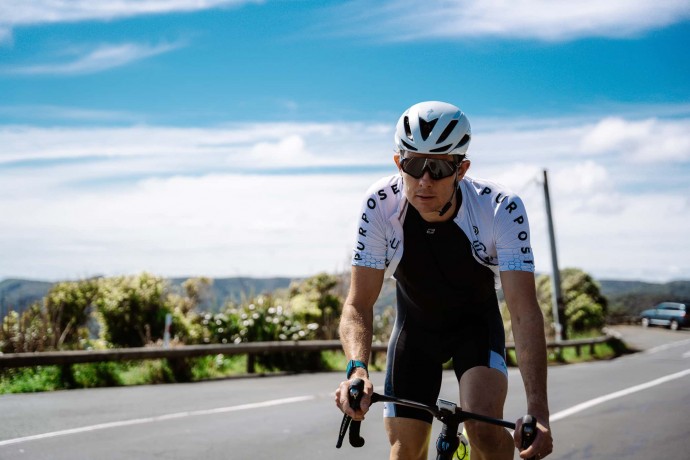 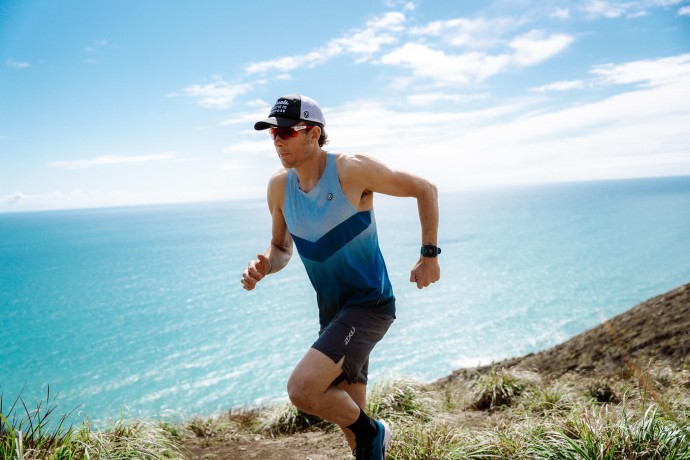